Dan Bilzerian is an American actor, gambler, and venture capitalist. He is best known for his extravagant lifestyle on his social media profiles. On Instagram alone, he has more than 30 million followers.

Dan Bilzerian is an American poker player and businessman with an estimated net worth of $200 million as of 2022. A large share of his wealth comes from his poker games which have earned him up to $12.8 million a day.

How Did Dan Bilzerian Acquire His Wealth?

Dan Bilzerian started out with a ton of money. After his father, Paul Bilzerian was indicted, he left a trust fund of $11.96 million out of which half was for Dan. This gave Dan the head start he needed to become the King of Instagram and live his millionaire playboy, poker player lifestyle.

However, a controversy still surrounds the origin of his money as in an interview with the Daily Dot, Dan said that he was broke after his sophomore year in college by gambling all his money away. That would be quite a loss if he meant all the $5.98 million that he got from the trust fund.

Even so, he said that he had to sell his guns to turn the $750 he had left into $10K. Dan then flew to Las Vegas and turned the $10K into $187K before going back to college. Since then, he started playing poker quite well.

Ever since then, his winnings have only increased. Dan started his poker career in a World Series Poker Event in 2009. Here, he finished in the 180th position and was voted as one of the funniest poker players. Unfortunately for Dan, he was asked to pay his $36K winnings back in this case due to the case against the Ponzi Scheme operator Bradley Ruderman.

A few years later in 2013, Dan Bilzerian claimed on his Instagram that he won $10.8 million in a single night of poker. Over the duration of 2014, Dan earned a staggering $50 million. Moreover, he also played a series of 3 games at Bobby’s Room in Bellagio where he made $12.8 million in a single day.

However, Dan doesn’t only gamble in poker. Being a car enthusiast, he has also taken part in several drag races. He made headlines when he won $385,000 at the Las Vegas Speedway where he drove a 1965 A/C Cobra.

Bilzerian is also a successful actor and has played roles in movies like ‘Olympus Has Fallen’, ‘Lone Survivor’, The Equalizer’, and ‘The Other Woman’. No doubt, he would have cashed in some big checks from these movies since many of them were quite successful. Moreover, he also invested $1 million in the movie Lone Survivor, and his investment got him a payout of $1.5 million.

He also loves to make various side bets such as his drag races that end up bringing him some good $400K at times. He once bet Bill Perkins $600K that he will bike from Las Vegas to Los Angeles in under 48 hours and was trained by Lance Armstrong for this.

He has also earned profits from real estate such as when he purchased a 5-bedroom house for $4.1 million and sold it in 2017 for $5.1 million. Other income sources include his company Ignite International Brands Ltd. However, lately his company has been going in loss according to a recent Forbes report.

All of his earnings from these sources have helped Bilzerian become one of the richest poker players in the world.

What is the largest amount Dan Bilzerian has earned in a single day?

Dan Bilzerian earned $12.8 million in the series of games he played at Bobby’s Room in Bellagio which is the most he has ever earned in a single day. He has said that this was his most stressful game ever.

How Does Dan Bilzerian Spend His Money?

The whole reason behind Dan Bilzerian’s fame is the way he spends his money. After one look at his Instagram, calling his lifestyle extravagant would be a real understatement as Dan is known to spend a ton of money on guns, cars, women, and parties.

He has a 12-bedroom home in Los Angeles with close proximity to the Bel-Air hotel. This home has the vibes of a nightclub with a rooftop outdoor area. In his garage, he keeps his $1.5 million Barbus, Mercedes G63, and a Rolls Royce estimated at $250K.

He also has a ton of other expensive vehicles such as a $1.8 million Shelby Cobra, a $441K Bentley Flying Spur, an Eleanor Mustang, a $150K Jimco Buggy, a Ferrari California, a Ferrari Superfast, a Ferrari F430, a Lamborghini Aventador, and a NASCAR among others. He also owns a $6 million Private Jet which is luxed-up to the max.

He also owns a colossal $60 million yacht on which he loves to party from time to time. Charter prices alone for the yacht range from $260K to $270K. As per Forbes in a recent controversy, Dan Bilzerian has been renting his Hollywood Hills home at $200K a month. He recently moved out of it in July 2020, and the owner hopes to list it out at $75 million.

As per the same controversy, his lavish lifestyle has also been paid for by his company Ignite and not by his poker game winnings. However, this controversy for the internet personality is still under investigation and not much can be said about it right now. For now, let’s wait and see what the instagram star

Bilzerian is also a bit of a philanthropist as he started his Robin Hood Project. He agreed to give $10K to anyone who was in a financial crisis and in need of the wealth. One of the people benefiting from this was a woman who got into a car accident and couldn’t afford to make her house wheelchair-accessible.

He also raised over $100K for brain research by hosting a poker tournament. Apart from this, he has also been sponsoring people to play poker who can’t afford to do it themselves in the World Series. He gave Jay Farber $2K in exchange for 20% of his earnings and he won $5 million.

Dan Bilzerian was born in Tampa, Florida on the 7th of December, 1980. His father, Paul owned a robotics company and had an impressive 7-figure income. He also ended up missing various family events because of his work. Because of this, Dan and his brother Adam grew up without much attention.

Things got worse for the Bilzerian family when Paul Bilzerian got sent to prison on accounts of stock and tax fraud. Dan faced bullying because of this and was later asked to leave the private school. Soon after switching to a new school, Dan found new friends and even became a member of the football team.

After his high school, Dan joined the US Navy in hopes of becoming a Navy Seal. He cleared the BUD/S training despite a broken leg, and worked extremely hard on various tests. However, on accounts of fighting with one of his officers, Dan was forced to drop out of the military.

After this, he returned to Florida and enrolled and the University of Florida to do a double major in business and criminology. However, poker was the thing to catch his eye here and he started playing it with his classmates. He got completely addicted to gambling by the time he entered his sophomore year at college.

He blew away all his money at this point and had only $750 left. For this, Dan ended up selling his guns for a total of $10K and was able to score a flight to Las Vegas. There, he turned the $10K into $187K before returning to college.

When he turned 25, Dan got full access to the trust fund set by his father and he set a budget on his gambling from that. Soon after, Dan was able to participate in various tournaments. However, his luck started winning him big from 2009. He won $36K in the World Series of Poker Main Event.

His performance here helped him score a sponsorship with Victory Poker and he agreed to wear their uniform for all tournaments in exchange for $1 million.

Since then, he started dedicating his time to cash games, and started showing off his wealth on his social media profiles. He has over 30 million followers on Instagram and an army of ‘bros’ who idolize him and consider him the King of Instagram thanks to his extravagant lifestyle.

How does Dan Bilzerian Make Money?

Most of Dan Bilzerian’s income comes from his poker games. He also makes money from other bets, his company, acting, and sponsorships.

How Much did Dan Bilzerian Pay to be in Lone Survivor?

Dan Bilzerian paid $1 million for 8 minutes of screen time in Lone Survivor, this however was also an investment that got him a return of $1.5 million thanks to the film’s success.

Is ignite Still in Business?

Dan Bilzerian’s cannabis company Ignite is currently on the verge of bankruptcy and lost a reported $50 million last year.

Dan Bilzerian was forced to leave the military after a fight with one of his officers and this also made him forfeit the right to become a Navy Seal.

Dan Bilzerian is a talented poker player who has amassed a great deal of wealth due to his skill in the game. He may have been given a head start from his father’s trust fund, but he went way above and beyond it with his poker games. After counting all his assets and income sources, Dan Bilzerian’s current net worth is $200 million. 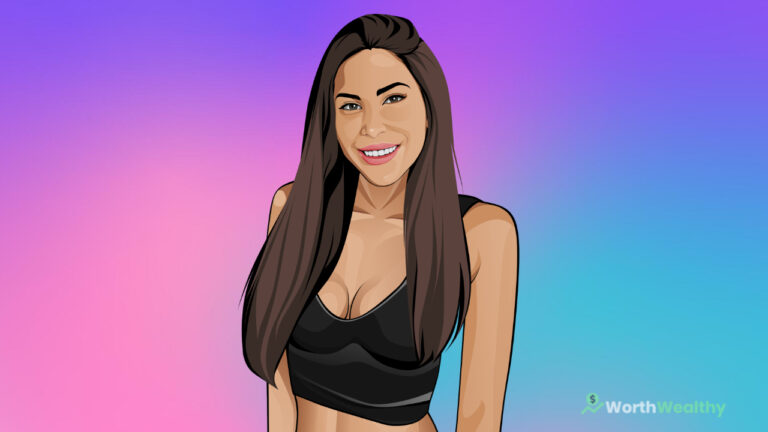 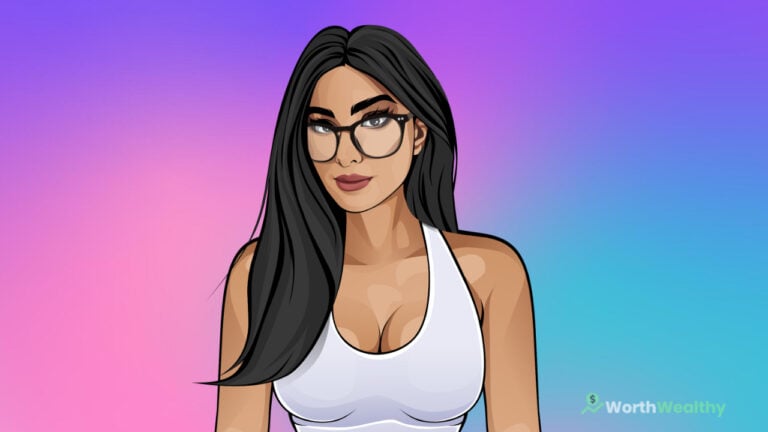 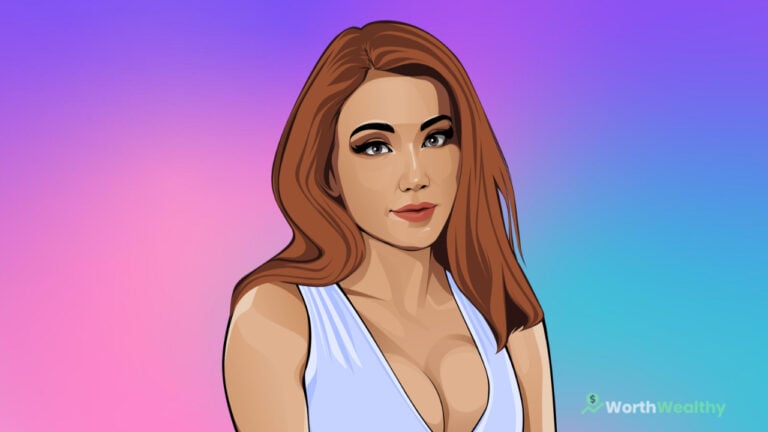 Amouranth’s Net Worth & Earnings in 2022